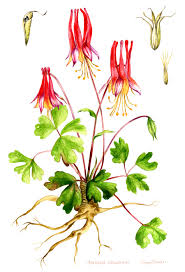 In the early days of the Commonwealth, the Colony of Massachusetts, the residents believed themselves to live in a covenanted society. This is an Old Testament philosophy that tied residents to one another and the community to God. Although the Puritans, and the Separatists, (the Pilgrims of Plymouth) differed slightly in their practices, they were Calvinists who believed that the actions of one person would effect God’s blessings, or lack thereof, on the entire community.

It is this belief, that the every individual was responsible for the welfare of the whole, that led to fast days and thanksgivings, and these were called regularly by the General Court, which is now the Massachusetts Legislature.

Fast Days were called when calamities, such as Indian attacks and battles during the series of wars that began with the King Philip’s War 1675 and concluded with the War for Independence, (1775-1781) occurred. Disease epidemics, flood, drought, and particularly bad winters were also reasons for fasting. Fast Days were spent at the meeting house and little food was eaten, as all human needs were replaced with prayer.

Fast days became less religious over time, and many towns offered speakers at local Atheneums rather then fasting at the local church. They disappeared from diaries, no longer mentioned by the early nineteenth century.

Thanksgivings were born from the same tradition as were fast days. Thanksgivings were called by the General Court for successes and survivals; the end of a drought, soldiers safely home from war, harsh winters endured or soft, mild winters, and most famously bountiful harvests. These were as religious as the Fasts, days of thanking a generous God for the bounty of His love and whatever blessings He had bestowed.

The pattern of legal Thanksgivings follows that of Fast Days, called by the General Court whenever occasion warranted during the early years of the Commonwealth, and becoming fixed at two per year by the beginning of the eighteenth century. According to the diaries, by 1704, the two Thanksgivings were fixed at  — the first Thursday of April, roughly the Massachusetts state holiday known as Patriot’s Day, and the end of November or early December – today’s Thanksgiving holiday. (The New England Puritans did not celebrate Christmas, believing that every day was given over to the celebration of Christ’s birth.)

So whatever happened in the Plymouth Colony in 1621, and whatever FDR did to create this holiday in the rest of the nation to help stores sell their Christmas goods, Thanksgiving was a religious and state holiday in the Massachusetts Bay Colony and the Commonwealth of Massachusetts that began in 1630 and was gifted to the rest of the nation by Sarah Josepha Hale after the Civil War and by FDR in 1939.