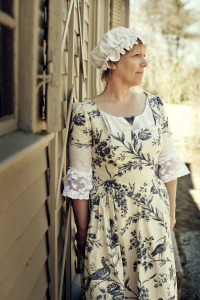 On December 16, 1773 men dressed as Mohawk Indians dumped hundreds of crates of tea into Boston Harbor. Thus began a series of events that would bring the thirteen original colonies to demand their independence from Great Britain.

Tea was not the first English-made good rejected by the colonists, nor did these rejections begin with tea. 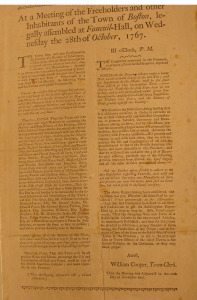 Recent research into domestic goods, such as dishes, home goods and clothing, shows that the colonists were “more British” in the years immediately preceding the American Revolution than at any time previous.

Rejection of tea, its ritual and accoutrements, leading to the famous “destruction of the tea” now known as the “Boston Tea Party” was only one in a long series of attempts to stop the importation of British-made goods.

As the colonists moved toward independence, it was women, as consumers of domestic goods, who made the choice to change their buying habits, to buy American-made goods, whenever possible and give up the pretty fabrics, ribbons and bows they had come to relish. 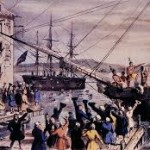 Women’s sacrifice for the “Cause” helped to radicalize the American countryside, as they strongly encouraged their fathers, brothers, husbands and sons to follow their lead, “put down the baubles of servitude” and become patriots.

A program presented by Author/ Historian Dory Codington for libraries and historical societies.  A visually rich program illustrating the material culture of the 18th Century, so an audience can see as well as hear the story of material culture, and the social changes that led to Revolution.

Price is $150 for public libraries, $250 for private groups’ fund raiser. Book talk and signings are free. 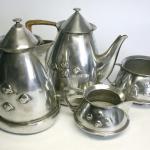